skip to main | skip to sidebar

During several exams in the Solent area this year I noticed that the candidate was not allowing for variation in their calculations. When challenged over it the response has normally been some think like, "a difference of 2 degrees is not going to make any difference over the short distances involved".

Whilst I can understand why you might think that applying a variation that is less than 2 degrees is not important, this can be a serious issue which it is important that instructors working in the area need to take on board.

We need to be training students to sail anywhere in the World, not just the place they are taking the course. The next time that student gets on a boat could be on the other side of the World where the conditions will be very different. If they charter a boat in the Caribbean the variation could be 15 degrees, which if the student has not been trained to allow for variation, will sooner or later cause a problem!

Secondly, although when a course to steer to allow for the tide and leeway is calculated it is common to round the resulting course up or down to a figure that is sensible to give the helm to follow, this does not mean that other navigation drills should not be worked to the most accurate figures possible. If there is a variation, it needs to be part of the calculation and students must know where to look it up and do so! I have frequently had students who have just completed a theory course in the classroom use the figure for variation from the training charts used in the theory course rather than checking the real figure on the charts on the boat.

With variation decreasing towards zero on the south coast of the UK, it is going to become more important that instructors ensure variation calculations are covered, it is too easy to take the simple route and say to ignore a small figure, anyone who does that as an instructor is not really preparing their students to sail in other areas and that is an important part of the training, not just to prepare them for one sailing area.
Posted by Clive at 4:21 pm No comments:

The MoD has informed Ofcom of the following GPS jamming exercise:

Cost of coming to sail in UK falling

With the value of the UK currency falling against the Euro and US Dollar, this could be the year to come sailing in the UK. Essentially courses or cruises are about 30% cheaper than this time last year for people booking from abroad. Most of these courses are UK based but many organisations run cruises either from the UK or their bases abroad.

One school that offers a comprehensive package of courses and cruises is the British Offshore Sailing School based on the Hamble River near Southampton. In addition to their RYA courses, BOSS run cruises to the Channel Islands, the West Country, France, Spain and Southern Ireland. All of these can be paid for in sterling, which may be a big discount on the price from previous years with the current exchange rates.

British yacht brokers are also finding business far more active than might be expected in the current economic climate as purchasers from abroad are coming to the UK buy up second hand yachts at prices greatly reduced compared to those in their home country.

With all the doom and gloom in the media regarding the general economic situation, it is easy to miss the positive points. If you have wanted to take an RYA sailing course or cruise in the UK, this may be the best year to do it!
Posted by Clive at 10:18 am No comments:

If you have signed-up on the Ofcom site for notification of GPS Jamming exercises you would have received the following:

We have been informed of the following GPS jamming exercises:

http://www.ofcom.org.uk/static/subscribe/select_list.htm
Posted by Clive at 11:01 am No comments:

Weather Radar, have you got yours yet?
The latest version of the weather radar on Netweather.tv is more like
a personal weather station than just a rainfall radar. With it's
customisable zoom, scale and overlays such as lightning detection,
live weather reports and forecast data, it really is the ultimate
weather watching tool. Whether you have weather as a vested
interest because it is your hobby or affects your line of work,
or just have a passing interest because you would prefer to stay dry
when travelling to work or want to make sure the washing is going to dry,
it can be of huge benefit. 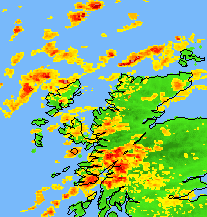 Here are a few of the features on the radar:If you would like more information on what is the UK's
most fully featured weather radar, please visit Netweather.tv

The Ministry of Defence had announced the following GPS jamming exercises:

Take care!
Posted by Clive at 5:18 pm No comments:

I have just discovered a very useful tool for looking at the weather.

It is a free program for downloading Grib weather files. It allows you to download the data very quickly then display the wind directions and speeds with the associated isobars for any area that you chose.

This is a tool that any serious sailor will find useful.
Posted by Clive at 7:46 pm No comments: